Mali GPUs are used in about 85 percent smart TVs and 50 percent smartphones. Over billion Mali GPUs were shipped alone in 2019. The new Mali-G78 can help Arm achieve a PC and console looking graphics, better XR, and machine learning performance compared to the previous generations.

When asked to elaborate where the 25 percent performance improvement comes from, we learned that some 15 percent comes shrinking the manufacturing process from current 7 to soon to be introduced 5nm SoC. The rest comes from the internal optimizations. The 5nm silicon will also bring the smaller die size. 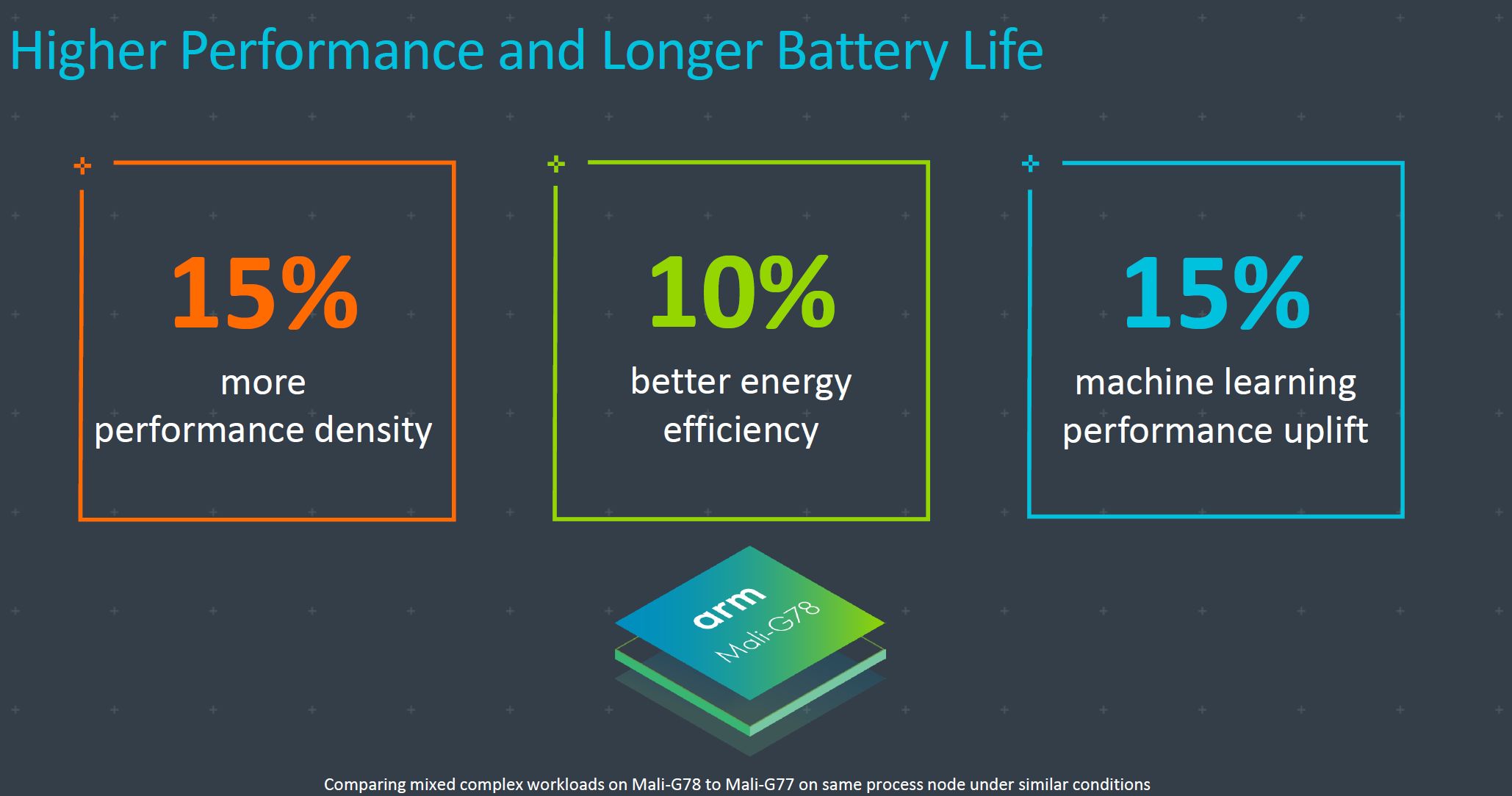 It supports up to 24 cores allowing the highest-ever performance point. Game-changing’ Asynchronous Top Level maximizes performance productivity on cores. The new Fused Multiply-Add (FMA) unit is built from ground up as it is heavily used in Graphics and ML processing and results with a 30 percent energy reduction in the unit.

The Mali-G78 is Arm’s highest performing GPU based on Valhall architecture. Mali-G77 was also based on the Valhall architecture focusing on the Superscalar engine, Unified memory, and simplified scalar ISA. One big change from G77 to G78 is the core count that increased from maximal 16 to now 24.

Like in any mobile processor, Asynchronous Top level will increase the clock when needed, get the job done- get the right frame rate, it returns to a standard clock for sustainable performance and energy consumption.

Average energy goes down by 10 percent in similar conditions when comparing G78 to last year’s G77.